Magazine
by
Deliver with us

Sustainable inner-city logistics - how does it work? 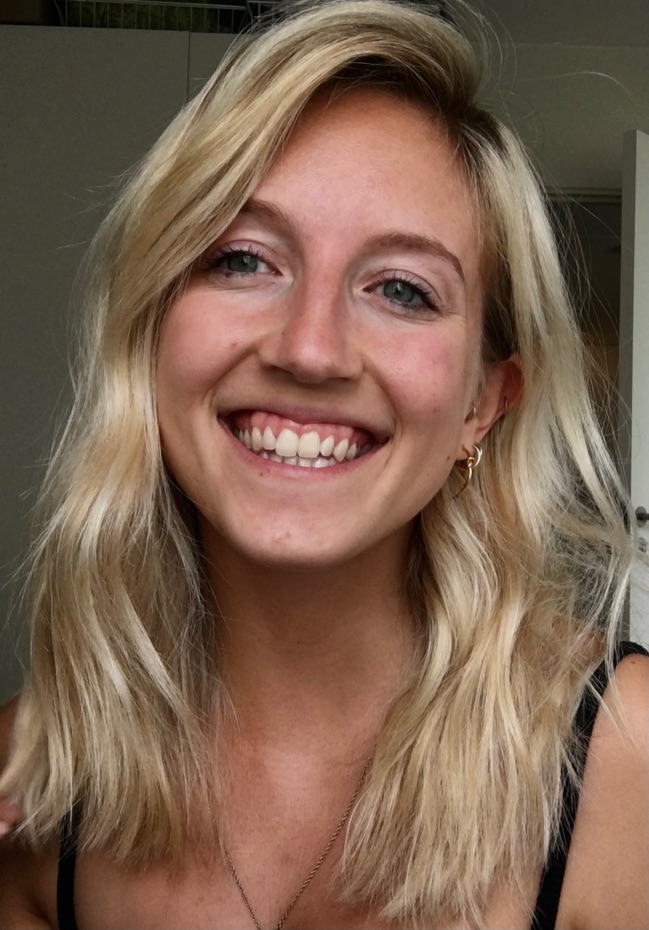 Sustainable inner-city logistics - how does it work?

It's no longer an unfamiliar sight: delivery and parcel services are now as much a part of the cityscape as parks and supermarkets. E-commerce is booming. And we are profiting - aren't we?

No. At least not as far as sustainability is concerned. Because as pleasant as it is as an e-commerce business not to be dependent on brick-and-mortar retail, so many problems are gradually emerging. The reason: The climate crisis is difficult to stop and as online retailers we feel obliged to act.

But not only that: as cities play a central role in the fight against global warming, some metropolises have already committed to meeting a CO2 target. Madrid, for example, wants to halve its emissions by 2030. Oslo has already banned cars completely from the city centre - and Germany is also following suit: Stuttgart, for example, wants to become climate-neutral by 2050.

If we look at the traffic in cities at the moment, this seems unthinkable: Package shipments are still on the rise, and it's clear that cars are the predominant mode of transportation in many cities in Germany. Nevertheless, there is no question that it takes all of us in the fight against the climate crisis. And what better way for us as online retailers to participate than to switch to climate-friendly shipping?

Let's get one thing straight: Of course, it is not enough to focus exclusively on climate-friendly shipping. For inner-city logistics to become sustainable, many small gears have to mesh. Nevertheless, shipping in particular, and especially the notorious last mile, is an adjustment screw that can easily be turned.

At the moment, according to DHL, sending a single parcel causes an average of 500g of CO2 - if it is delivered on the first attempt. This does not include unsuccessful deliveries. If a parcel only reaches the recipient on the third attempt, it has already caused more than 1,100g of CO2... And that's just on the last mile! As you can see, the one package we send quickly has a huge impact on our environment. And now just imagine how much CO2 will be emitted if, as in 2020, 4 billion (!) packages are sent.

There is a need for action, quite clearly. But do we have to switch directly to high-tech drones or autonomous vehicles? No. It's also easier: namely with the cargo bike. The cargo bike (or: cargo bike, transport bike...) is a two-wheeled vehicle that is primarily powered by muscle power and sometimes by a supporting electric motor. This makes the cargo bike ideal not only for private use, but also for making the last mile - the last leg of the parcel logistics journey - sustainable. There are virtually no disadvantages. No wonder that the sale of cargo bikes is steadily increasing...

Why do we need cargo bikes in city logistics?

The reason is as simple as it is obvious: because sustainability concerns us all. If every online retailer were to switch to a cargo bike for parcel delivery overnight, we could reduce CO2 emissions enormously, directly and without much effort.

Many industry experts also believe that cargo bikes can save around 90% of CO2 emissions compared to diesel delivery trucks. Of course, this is only true if the cargo bikes are not electrically powered. But even if they don't rely purely on muscle power, there is the possibility of generating the required electricity from renewable energies - and delivering it sustainably.

In addition, researchers from the Technical University of Munich and the Catholic University of Eichstätt-Ingolstadt have conducted a study to take a closer look at the cities of Munich and Regensburg with regard to their cargo bike potential. The result: One seventh of the CO2 emissions caused by deliveries can be saved by switching to cargo bikes.

However, the location where the cargo bikes are to be used also plays a role. Munich, for example, has the potential to deliver 28% of parcel deliveries with cargo bikes, while in Regensburg the figure is as high as 37%. Factors considered for these calculations: the (lack of) infrastructure for microhubs, lack of charging stations in cities, or the capacities of cargo bikes.

As if the fact that Cargobikes can significantly reduce the carbon footprint of our e-commerce wasn't enough, they offer another advantage: they don't have to travel the same routes as cars, which means they can get around the city faster and even enable same-day delivery. Especially in today's race for e-commerce with the most satisfied customers, Cargobikes are already making a big difference in city logistics: A full 75% of participants in a customer satisfaction study said they clearly preferred sustainable shipping.

By switching to cargo bikes, you're also doing your part to prevent traffic jams. You've probably been stuck in traffic often enough yourself - one reason being the countless delivery trucks that send our customers their packages. That's why we at Liefergrün are on a mission to replace the yellow, black and white delivery trucks - by working together to ensure sustainable inner-city logistics and relying on cargo bikes.

Unlike delivery vans, cargo bikes neither block the view nor block paths - but can blend in smoothly with traffic thanks to their modest size of approx. 3m x 1m. The area taken up by a fuel-powered vehicle, on the other hand, is almost 80% larger... The fact that delivery trucks do not contribute to a beautiful cityscape and are often annoying with their noise is equally beyond question.

Another advantage: When delivering by cargo bike, it is easy to use the so-called microhubs. These are small depots distributed throughout the city that make the distribution of parcels extremely easy: traffic is relieved and the individual delivery routes are shorter. If that doesn't make you want to get involved with cargo bikes...

Nowadays it is more important than ever to set a good example as a success-oriented e-commerce company. Even if you haven't had much contact with sustainable inner-city logistics so far: It's never too late. Besides, there are already service providers (like us, for example...) who do just that for your e-commerce on the last mile.

By implementing cargo bikes on the last mile, you not only ensure that city logistics becomes more sustainable - but also polish up your image. Without any greenwashing, but with a lot of benefits for our environment. And it's not only your e-commerce that benefits from sustainable efforts, but also the city, which can position itself as a sustainable role model thanks to you.

Want to do more for the environment than make your last mile sustainable? Then take a look at this blog article. Here we show you what other options are available, what their advantages are and how your e-commerce can easily implement them.

By the way: Did you know that Cargobikes also pay off economically? Your logistics performance in the urban environment increases, while the costs remain the same. In addition, your customers have the option to choose a time slot in which they would like to receive the package on the same day. Combining speed and efficiency has never been easier!

What are the disadvantages of cargo bikes?

As practical as they are - some disadvantages (unfortunately) still exist. The reason is that our cities are geared towards cars. Cars are the number one means of transport. No wonder there is often a lack of good infrastructure that could make it easier to introduce cargo bikes.

Because at the moment there is still a lack of microhubs. These small locations in the city are currently still in a comparatively early phase. The problem here is often the cost and the lack of space. But this is where the city and/or municipality can intervene by making space available themselves and cooperating with e-commerces. It is the same with charging stations: Very few cities are already ready to provide us with sufficient charging stations for cargo bikes.

Another disadvantage: The loading capacities of cargo bikes are smaller than those of delivery vans - logical, isn't it? After all, you can't fit as much on a small bike as you can on a "full-grown" delivery van. This problem, on the other hand, could be solved quickly: By providing more charging stations and microhubs.

In fact, the groundwork for this has already been laid: For example, the BMVI is funding the project "Radlast - Potenziale für Lastenradtransporte in der Citylogistik" (Bike Load - Potential for Load Bike Transport in City Logistics) and is thus supporting the path to sustainable inner-city logistics. We at Liefergrün are also confident that cargo bikes will soon be used even more efficiently than they already are. We just need pioneers like us, an even stronger increase in demand for sustainable inner-city logistics, and more microhubs and charging stations.

Is it worth switching to cargo bikes?

The short answer: Yes! We are focusing on emission-free delivery and thus doing something good for the environment. In addition, we ultimately ensure higher customer satisfaction, as even same-day delivery is possible.

We don't have to worry about costs either: Delivery vans have higher basic costs, but the total number of tours with a cargo bike is higher. And to ride a cargo bike, you don't need a driving licence, the cityscape becomes more attractive, we are less likely to be stuck in traffic jams, etc....

Cargo bikes are therefore indispensable for a sustainable future. However, because the infrastructure is not yet fully developed, a mix of cargo bikes and electric vans will probably be necessary for the time being before inner-city logistics is completely dominated by cargo bikes. And that is exactly what we are doing with Sendit.Green: We have focused on optimising the last mile, drawing on a network of several local cargo bike fleets to handle the largest possible volume of parcels.

After all, why should we still be using fuel-powered, noisy, large delivery vans like the traditional parcel service providers do - when it's so much easier and more sustainable? 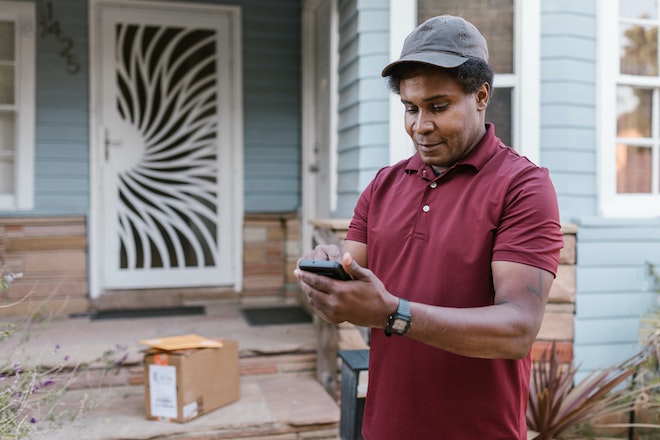 The last mile: Why so important? 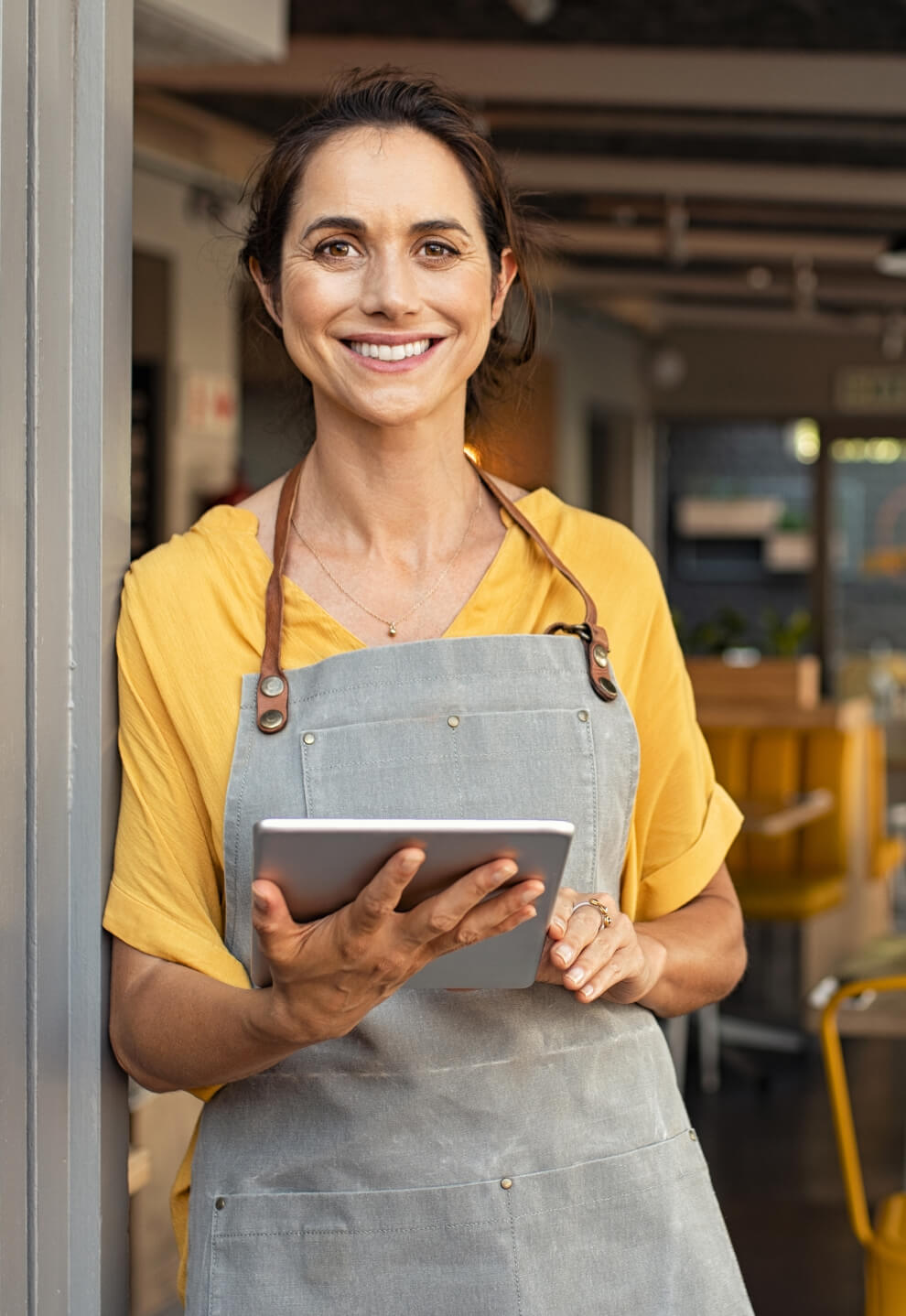 Deliver an experience with us that will delight your customers.

Jaqueline Hofstädter
Jaqueline, also called Schaggi, is a trained Germanist and writes for us on the topics of "Sustainability" and "Success Factor Delivery". 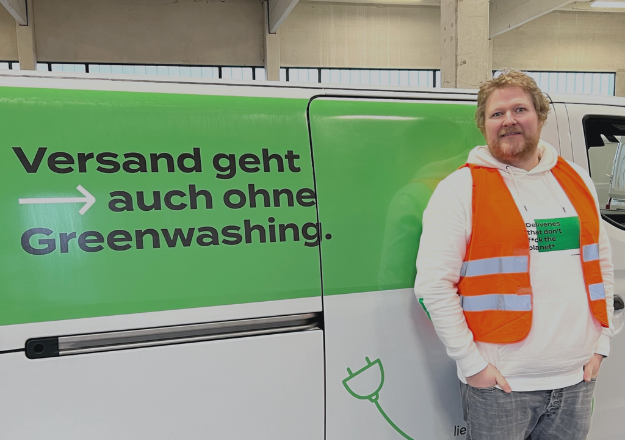 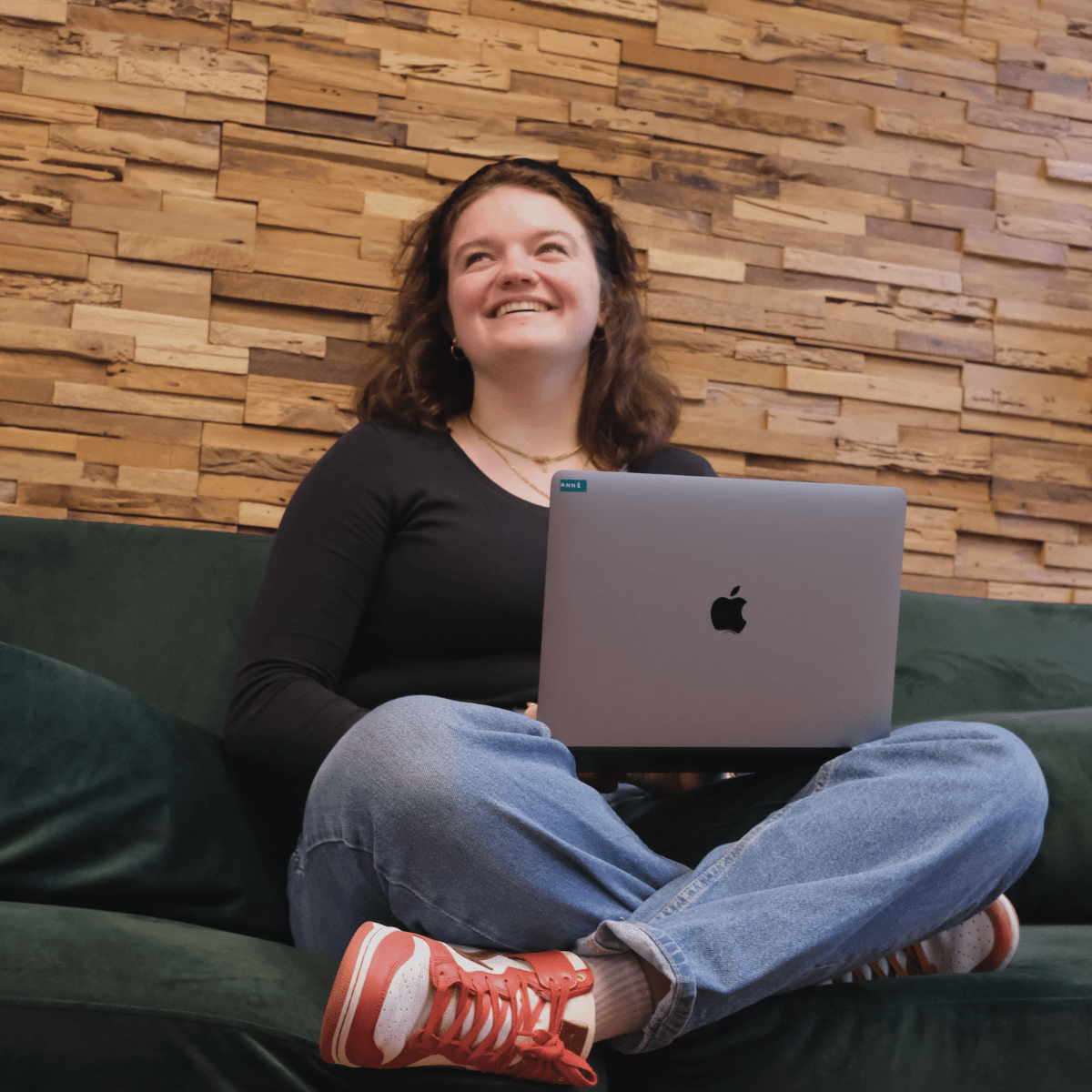 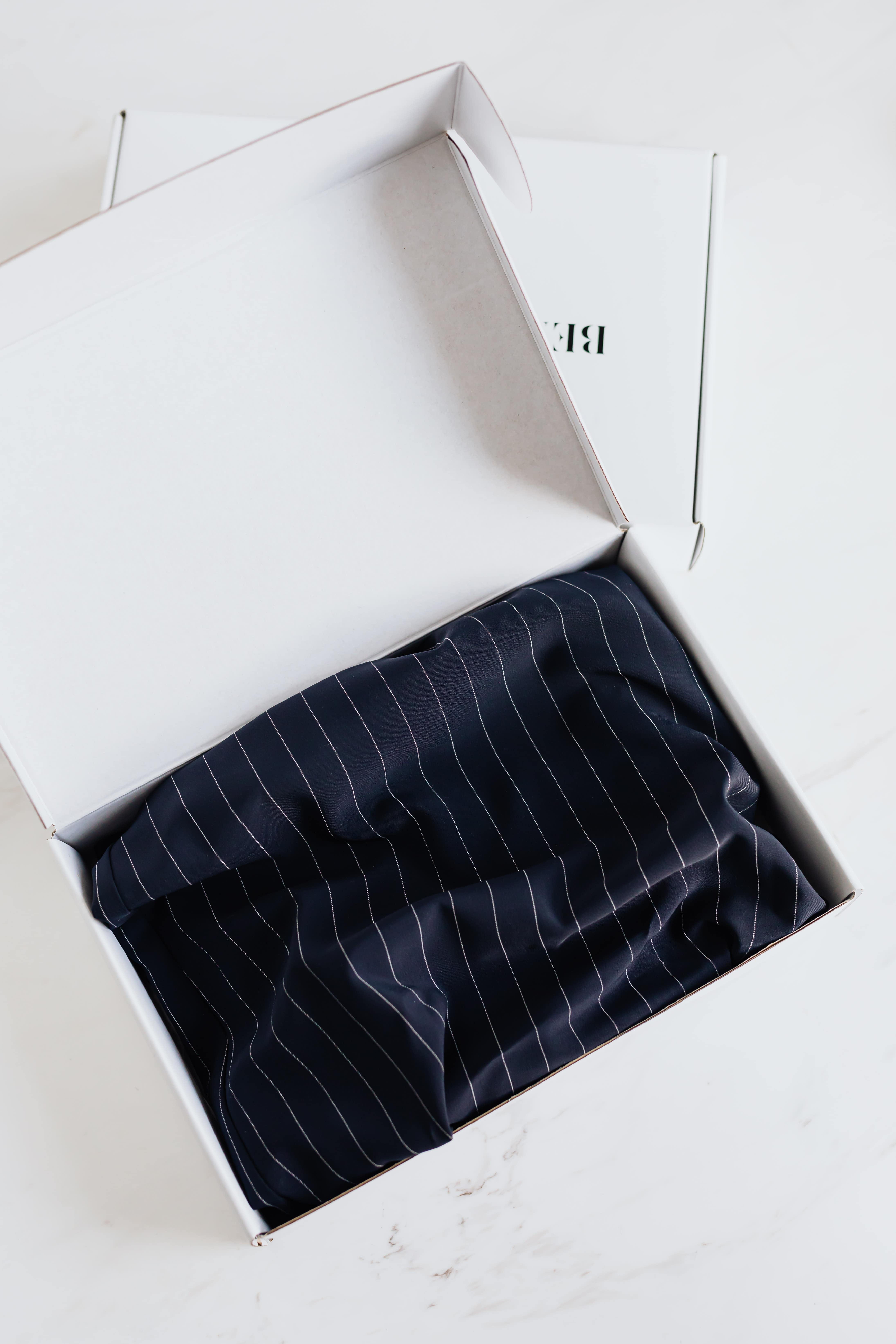 Sustainable online stores: Long a must 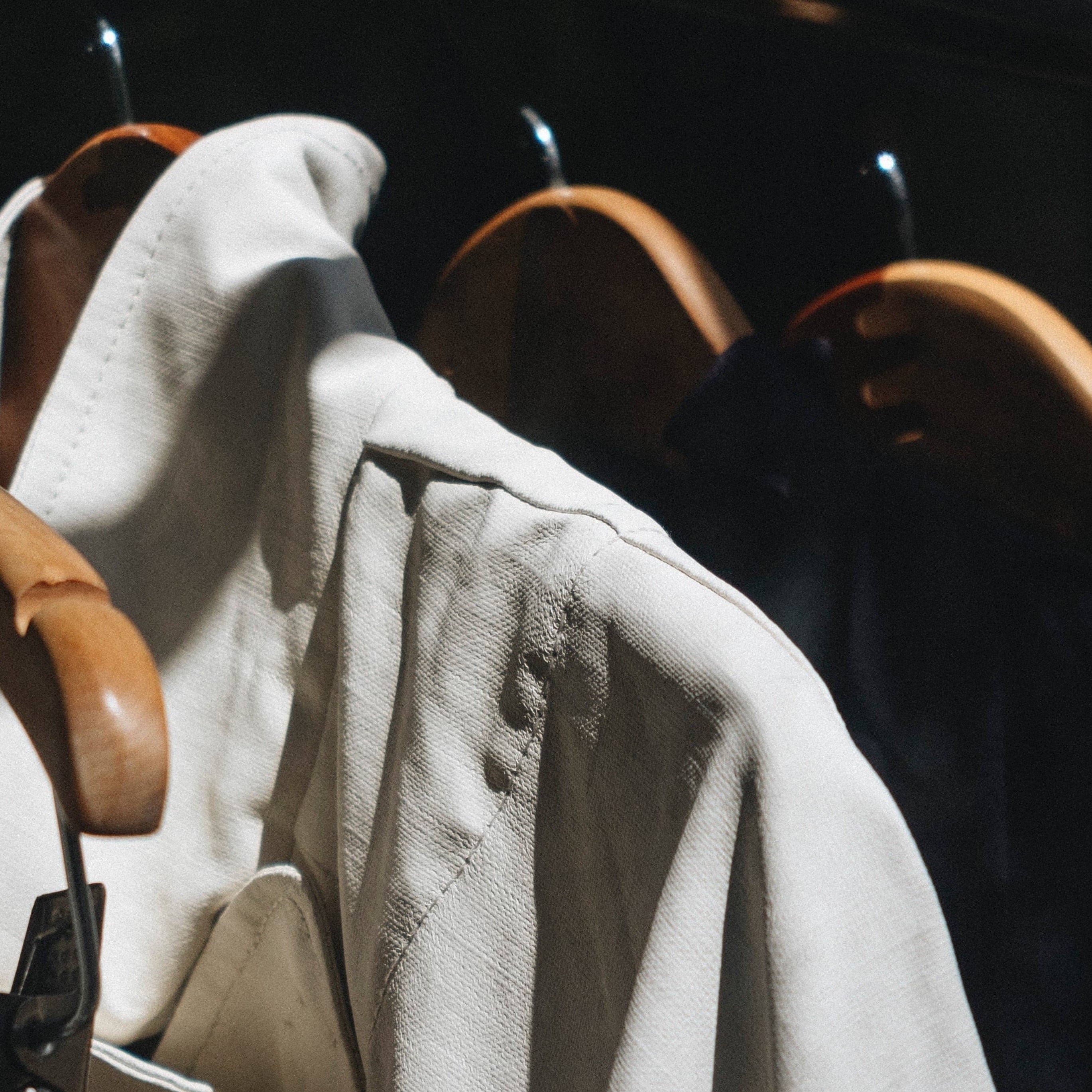 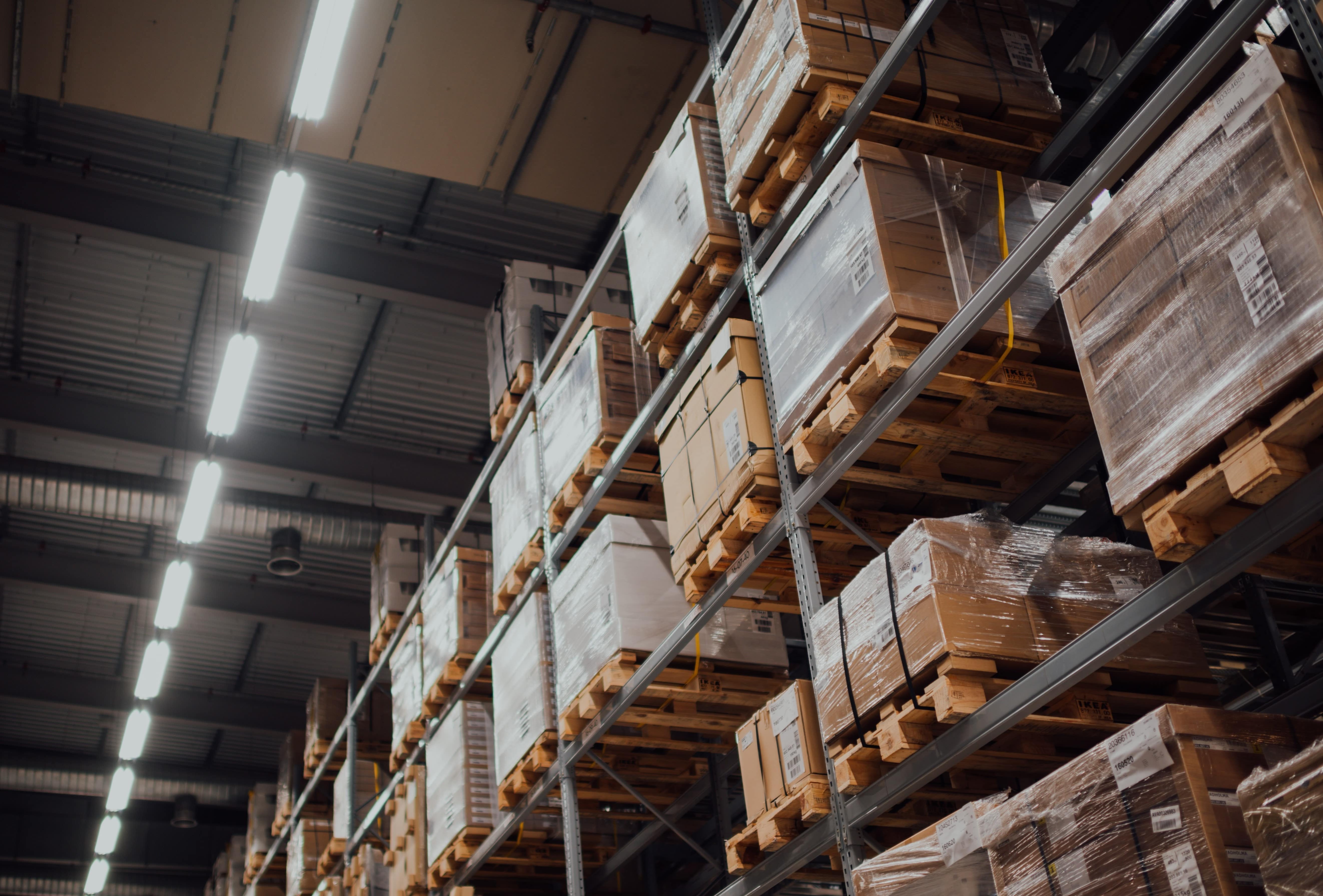 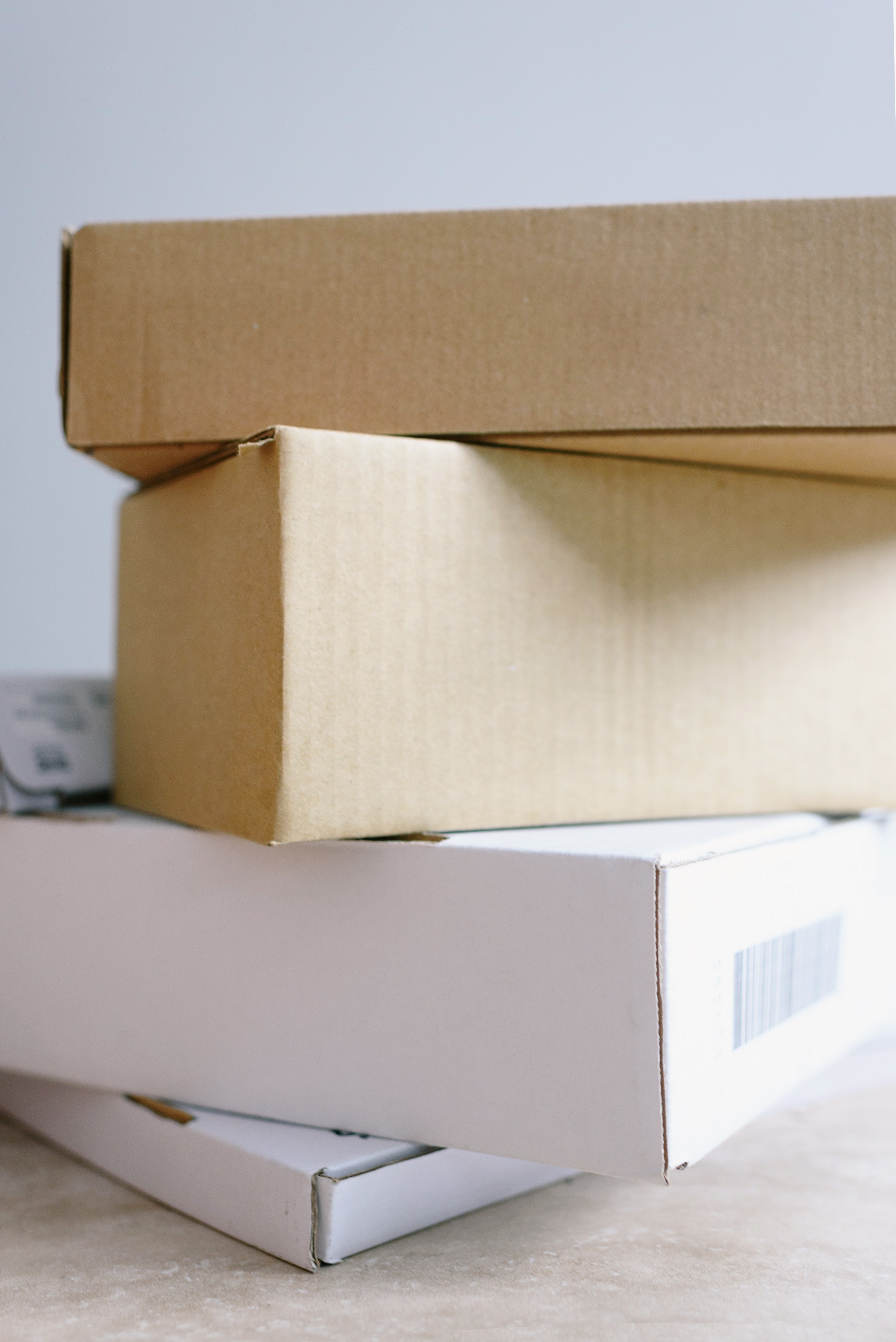